The Monday Challenge theme this week at Simon Says Stamp is Holly Jolly Stamping.  This is an easy one giving the large amount of Christmas Cards that I have been creating.  I just received the Simon and Dexter Christmas stamp set so I thought I would make a card with that.  A few minutes ago Sandra sent me her entry for this challenge and “low and behold” (sounds kind of Christmasy like doesn’t it) she used the same set.  I will post them side by side, just for fun.   Sandra’s card is coloured with Copics while mine was coloured with Prismacolor pencils and Gamsol. 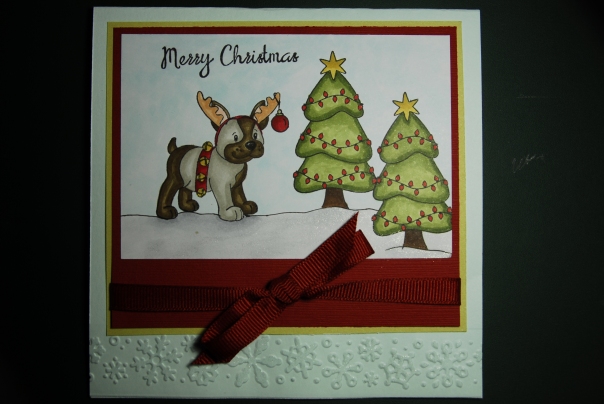