I must have been thinking about Hawaii the other day as I made three different cards using pineapples.  Pineapples have always been associated with Hawaii even though in recent years, pineapples are imported mostly from the Philippines.  Don’t know why I felt the need to say that but I visited the Island of  Lanai where most of the pineapples were grown before Dole decided to shut down their operation.  It was evident that decision had a negative effect on the island.

Here are two of the cards I made using the Pop Art Pineapple stamp set from Concord & Ninth.  The third one was selected to be published in the summer issue of Creative Scrapbooker so I will keep that one under wraps for now. 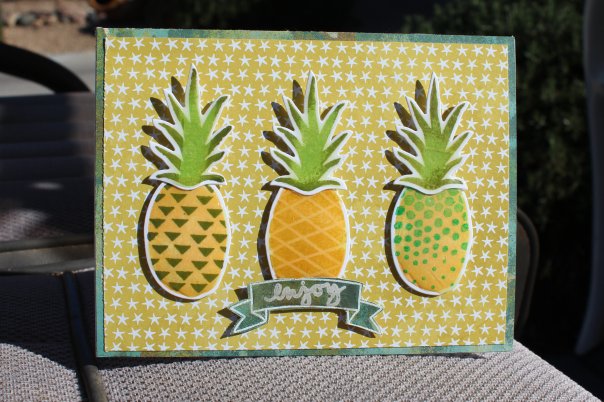