Using the Pivot Pop Up Die from Lawn Fawn

If you are a “Friends” fan you might be interested in how this die from Lawn Fawn got it’s name.  Kelly Marie Alvarez  told us at Creativation, that it came from the Friends episode where the friends were trying to get a sofa up the stairs in the apartment building.  Ross kept yelling “Pivot” and because the die pivots around just like the sofa was supposed to do, it got the moniker “Pivot Pop Up”

The card we made in class, using the Pivot Pop Up die, was one of my favourites from Creativation and so it was the first to go into my “cart” after the show.

I found the great constellation paper  from American Crafts at Scraps of Love here in Phoenix.  The Beam Me Up stamp set was included with the Lawn Fawn class.  Incidentally, the WOW  “glow in the dark” embossing powder I found in my scraproom here in Phoenix may be the same one I accused Sandra of borrowing and not returning.  Not sure……. just saying. The star die is Sketchy Star and is from Simon Says Stamp.  The amazing monster eyes are from Crackerbox Palace.

Anyway, the card turned out super cute and I am about to start on another variation of the same card. 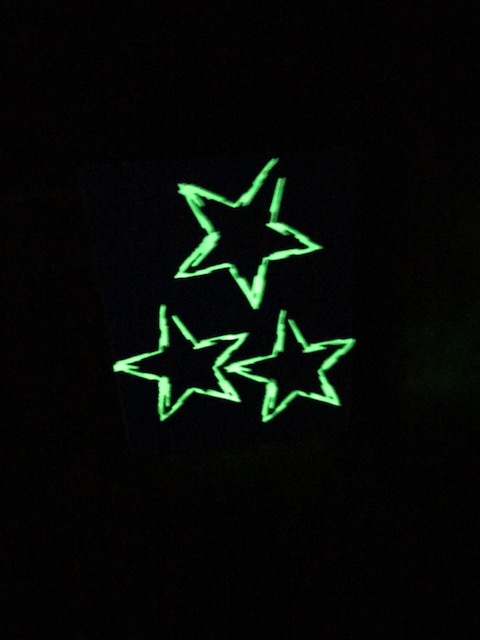 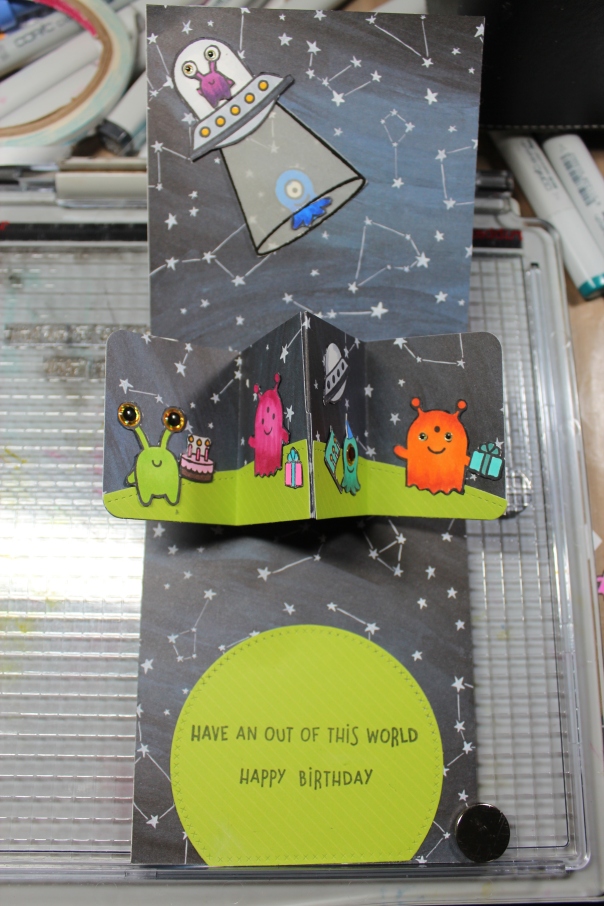