Today I am posting cards three and four from the Hero Arts March Monthly Kit. 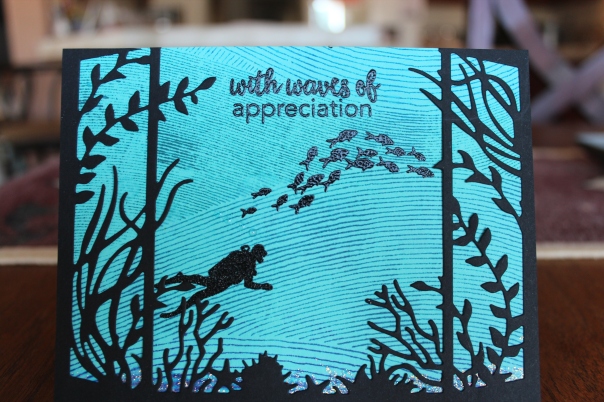 I was reminded of the best crafting advice I ever received, while I was making card four.  The late great Christy Riopel once told me, “If you don’t like it, it just isn’t done yet.”  I can tell you that card four in its’ original 6 X 6 size was a hot mess…………….. I thought it was just plain “done” and destined for the big round file.   Just like Christy predicted though, it just “wasn’t done YET.”  When I trimmed it to a narrow panel and added a  complementary background, it was a keeper. 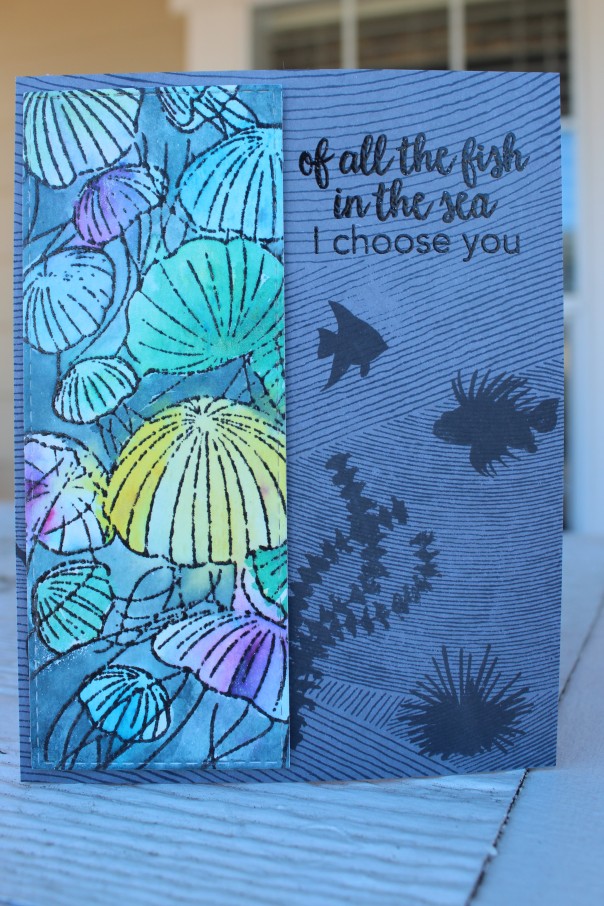